These modules support faculty who wish to integrate media literacy into their courses, regardless of discipline.

Watch this video on recognizing bias (from Films on Demand). If off campus, you will need to login with your MyPVCC username and password.

When you read a news story, you as the reader apply your own set of biases, and understanding those biases is important because it can color how you consume media. Let's take a look at two types of reader bias: implicit bias and confirmation bias.

Implicit bias "refers to the attitudes or stereotypes that affect our understanding, actions, and decisions in an unconscious manner" (The Kirwan Institute for the Student of Race and Ethnicity, The Ohio State University). Implicit bias is tricky because it is subconcious! You can profess to believe one thing, but in actuality you do, say, or gravitate toward something else.

Confirmation bias is "the tendency of people to favor information that confirms their beliefs or hypotheses and minimizes evidence to the contrary" (Boundless.com). The person in the above cartoon is a hyperbolic example of confirmation bias, but often times this is exactly what student researchers do. They only search for information that agrees with them, defends their beliefs, or affirms their preconceived notions. This is a easy bias to fall prey to while researching for academic papers. Remember, don't just seek out information that agrees with you! You will need to find information that disagrees with you, too. Think of it this way, how can you argue for something if you don't know what the detractors are saying?

According to the News Literacy Project, news bias is usually "incidental and debatable rather than intentional and overt," meaning news organizations are trying NOT to be biased in their news reporting. (This rule does not apply to opinion or commentary pieces which, quite intentionally, present a point of view.) Sometimes bias happens, but most reputable journalists and news organizations attempt to be accurate and fair.

Below are common types of bias in news reporting.

These types of bias are usually presented by the following forms.

Read more about the types of bias here on the Student News Daily. 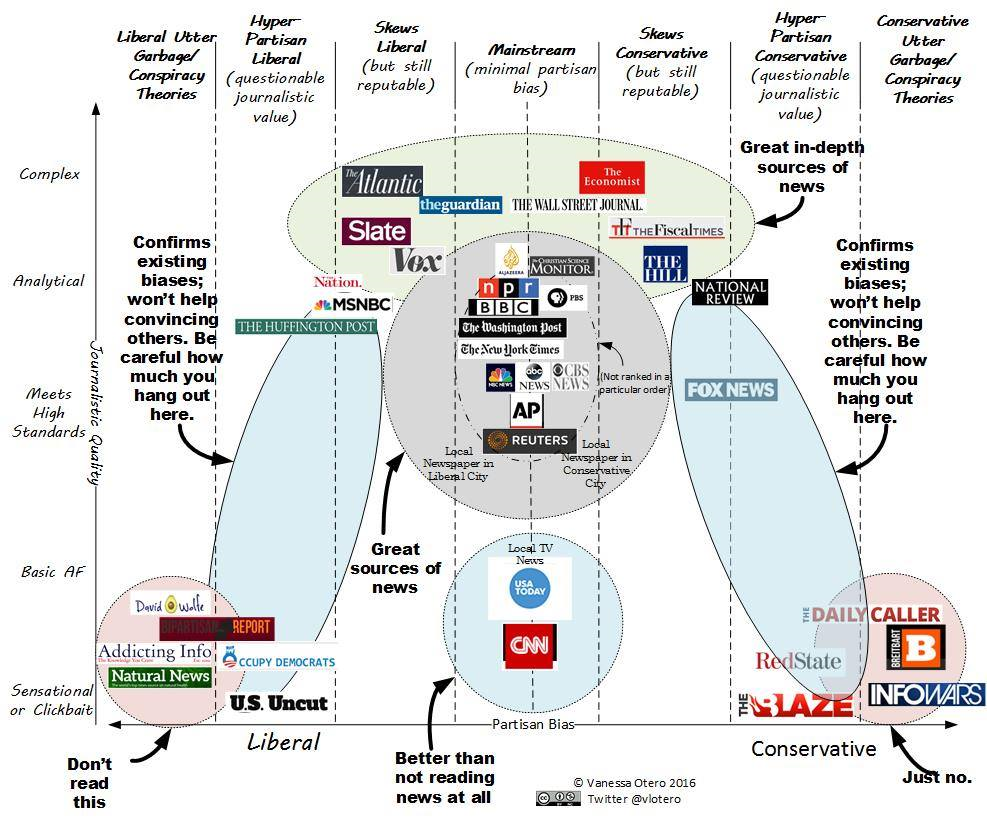 See an updated version of this chart.